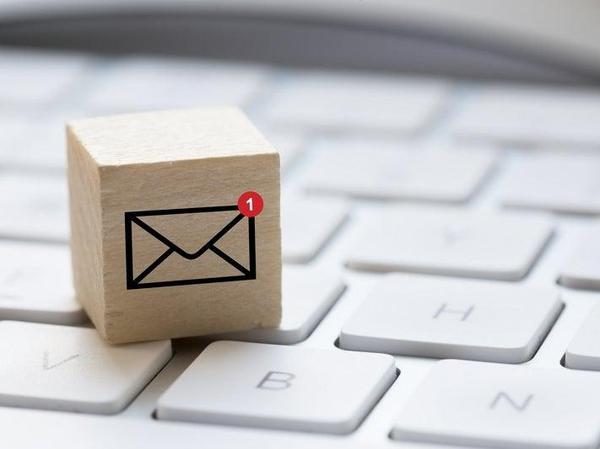 HINSDALE, IL — If you want to contact members of the Hinsdale High School District 86 board, you can contact them through school email addresses listed on the district's website. But if you're expecting a response, that may be another matter. Earlier this month, board Vice President Kevin Camden announced he would no longer respond to constituents' emails and that he would forward messages to the district's communications director. When Patch reached out to him about his policy, he did just 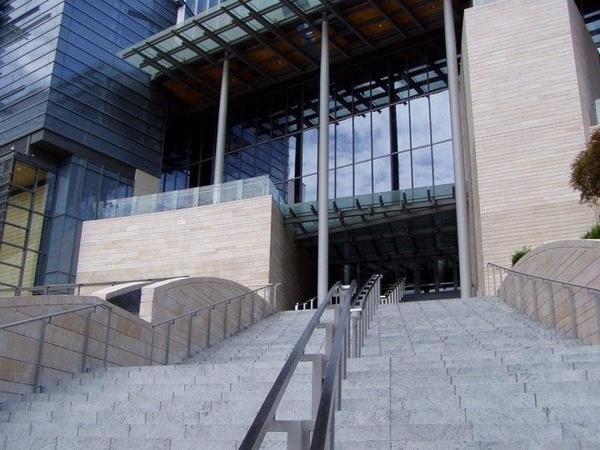 SEATTLE, WA — Seattle's Community Police Commission is raising concerns over its independence after a former co-chair on the 21-member citizen police reform panel was ousted during a confirmation hearing at City Council last week. The news was first reported by The Stranger. After the Feb. 18 hearing, Councilmember Lisa Herbold said she would nominate Catague for reappointment, with a new confirmation hearing scheduled in March. The CPC was first established in 2013 as part of a settlement wi 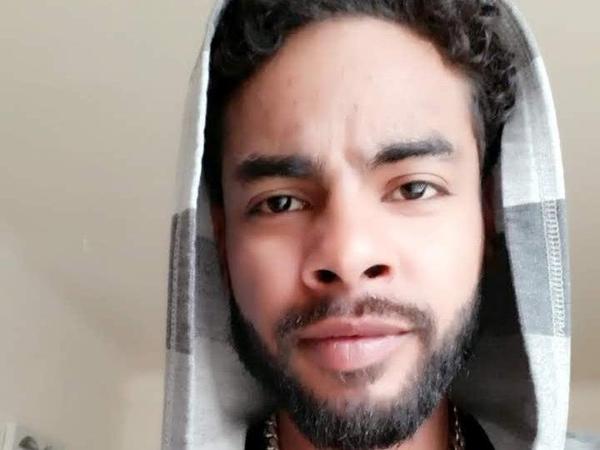 Mother Of Man Killed By Police Is Still Seeking Accountability

SEATTLE, WA — Rose Johnson had waited months to hear whether the two Seattle police officers who shot and killed her son would face any sort of disciplinary action. In February, the city's police watchdog released its findings, clearing everyone involved. Ryan Smith, 31, died on May 8, 2019, after his girlfriend called 911 from their Queen Anne neighborhood apartment, saying Ryan was drunk, armed with a knife and threatening to kill her and himself. She told the dispatcher she had barricaded h 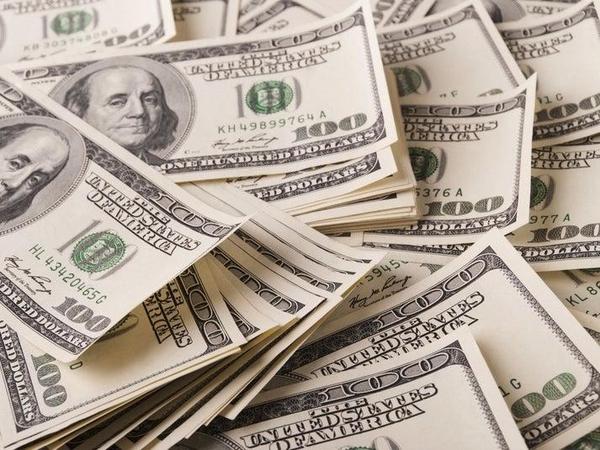 HINSDALE, IL — There must have been something about Mary — former Hinsdale schools Superintendent Mary Curley, that is. In her final two years before retiring, she received two 20 percent raises. She left the school system with a salary of $385,378, up from $267,624 two years before. That's more than $100,000 in increases. From 1999 to 2007, Curley led Community Consolidated School District 181, which serves kindergarten through eighth grade. While Hinsdale taxpayers bore the brunt of the sa 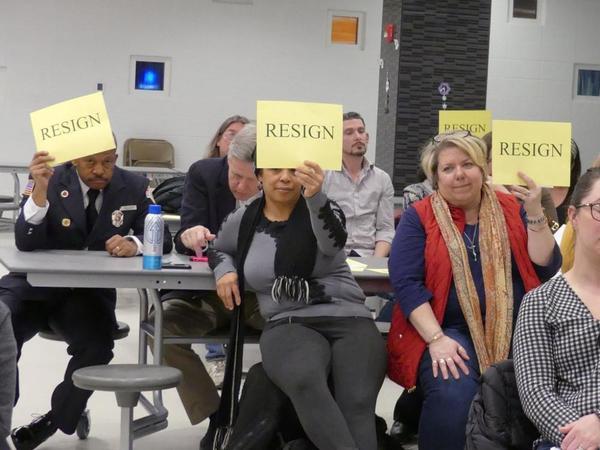 Residents Call For Stratford School Board Member To Resign

STRATFORD, CT — Stratford residents seeking the resignation of a school board member who took a plea deal after he was accused of sexually assaulting a young girl were limited at a recent meeting in what they could say due to a new public comment policy. But their presence spoke volumes. Such a large crowd turned out for the Monday meeting that it was moved from the conference room at the school district administration center to the Stratford High School cafeteria, where police looked on as res 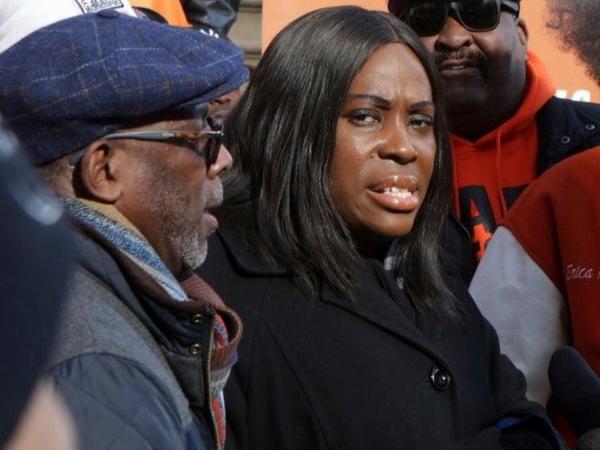 NEW YORK CITY — A former NYPD watchdog and current City Council member will pay $5,000 for getting a high-ranking cop at a local precinct to fix a traffic ticket. Bronx City Council Member Vanessa Gibson admitted to avoiding a ticket by calling a 44th Precinct deputy chief when a cop pulled her over for using a phone while driving in March 2014, Conflicts of Interest Board records show. "I used my City position to benefit myself," the Bronx politician admitted in a settlement released Thursday 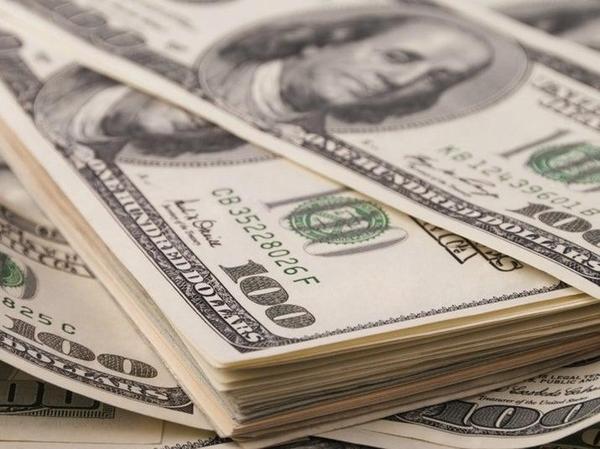 FRAMINGHAM, MA — A new super PAC with ties to Republicans and some of the state's largest businesses has spent big on candidates in a handful of city-level races across the state this election season, according to campaign finance records. Mayoral and city council candidates from Boston to Worcester have received support from the Massachusetts Majority Independent Expenditure PAC ahead of Tuesday's election. The MMIE PAC was set up in May, and has bought direct-mail pieces supporting 15 candida 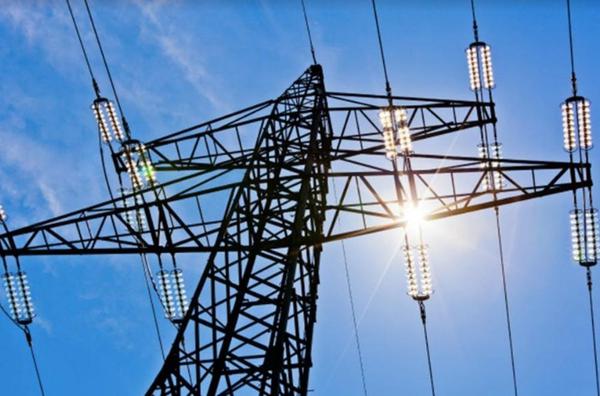 PG&E Profits Going Up In Smoke

Bailout or bankruptcy: For Pacific Gas & Electric Company, one of the nation's largest investor-owned public utilities, that's a question that may soon have to be answered. As investigators continue sifting through the ashes of California's most destructive wildfire seeking the cause of a conflagration that incinerated the small Butte County community of Paradise, PG&E has emerged as the prime suspect since reporting problems with two of its high voltage transmission lines during a storm on the 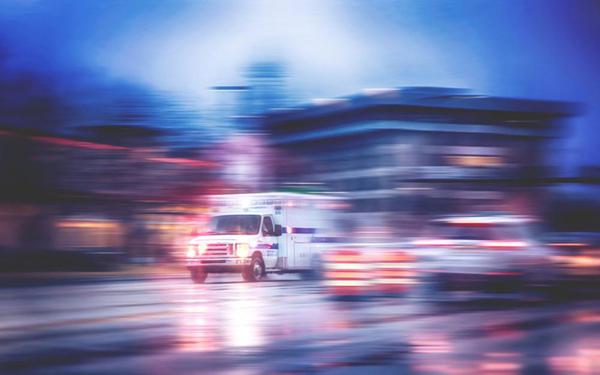 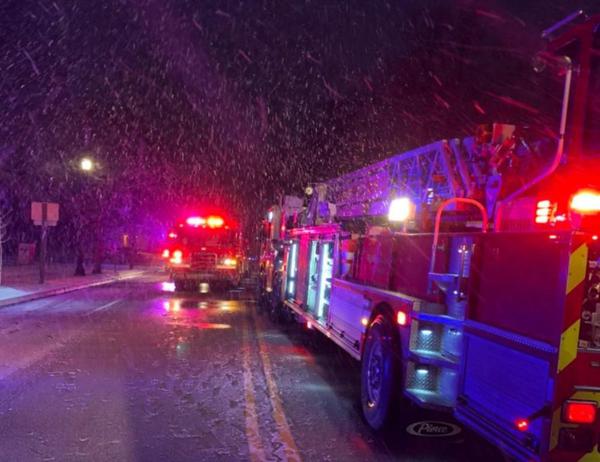 EVANSTON, IL — Aldermen are set to approve a $25,000 payout Monday to end a civil rights lawsuit filed against the city by a recent Northwestern University graduate. Kanan Wanha sued Evanston and five members of its fire department last year, alleging they mistreated him after being called to his apartment during a mental health episode in October 2018. Wanha, 23, was dragged, dropped and punched in the back by firefighters during the incident, according to the suit. Attorneys for the city den 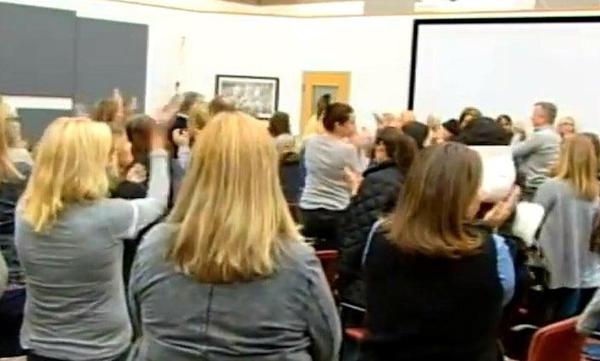 LAKE FOREST, IL — The unexplained departure of a popular middle school principal culminated in a contentious school board meeting last week in Lake Forest. After being placed on administrative leave in late September, the admired administrator accepted a severance package and acknowledged unspecified shortcomings involving "information reporting" amid an disciplinary investigation into an undisclosed "teacher concern," records show. The Lake Forest School District 67 board voted Oct. 29 to acce 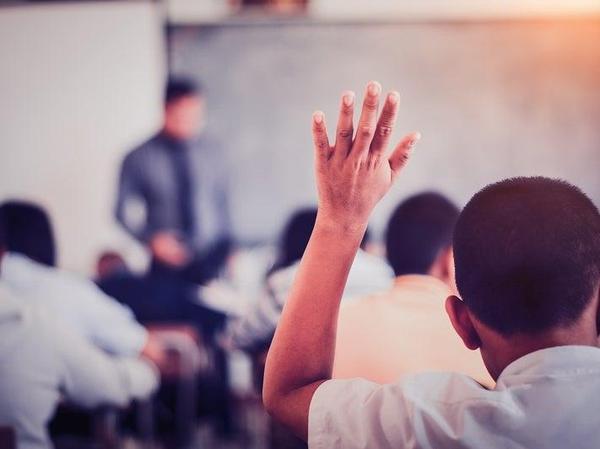 LA GRANGE, IL — Lyons Township High School is keeping under wraps the details about why it publicly reprimanded a teacher last month for "unacceptable and unprofessional conduct." At a meeting, the school board voted for a resolution warning teacher Greg Elwood it would suspend him without pay or fire him as a tenured teacher if he repeated such conduct. Patch filed a public records request for the information related to the resolution on Elwood, a teacher in the applied technology departmen 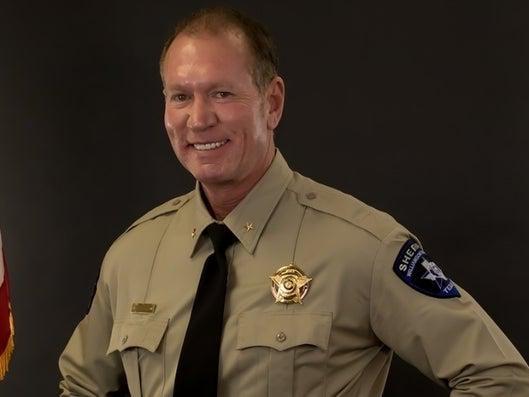 Editor's note: This article contains language and images that may be triggering to some. ROUND ROCK, TX — When Round Rock resident Michelle Litz-Clawson was a junior in high school, she went to a party and, admittedly — and today with great regret — consumed alcoholic drinks. She ultimately found herself bloodied on the side of a road without undergarments and dry vomit caked in her hair. She had been raped by two male classmates, losing her virginity in the process. She wouldn't tell her p 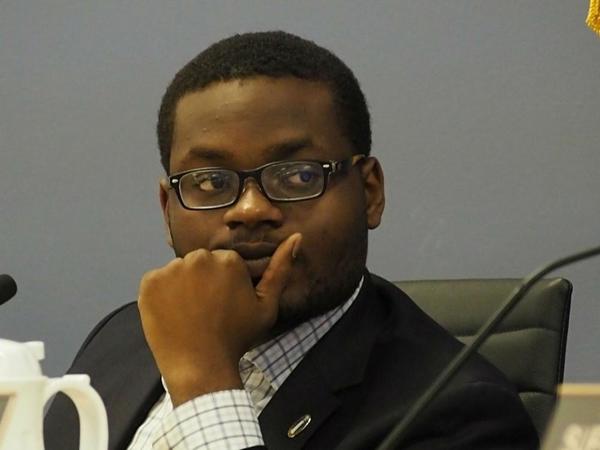 EVANSTON, IL — Aldermen declined to formally rebuke City Clerk Devon Reid Monday after Mayor Steve Hagerty asked that the clerk be censured for a series of violations of the city's healthy work environment policy, the Illinois Open Meetings Act and Evanston City Council rules. After a 5-4 vote to table the resolution, the measure could be reconsidered at any future meeting. In April, three city employees, including two in the law department with whom Reid had clashed on public records issues, 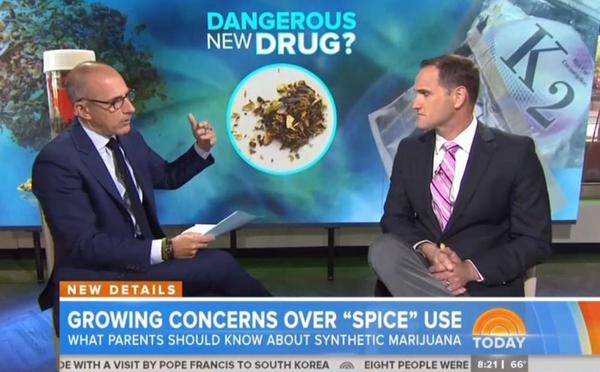 WILMINGTON, MA -- A day after David Ray appeared before the Board of Selectmen to discuss his proposal to build a drug and alcohol addiction treatment facility in Wilmington, questions were raised about his certification and the track record at facilities he previously operated in Wakefield and Wenham. The mother of one of Ray's former patients at Number 16 in Wakefield and the owner of a certified sober living house in Wakefield both questioned Ray's ability and warned about potential problems 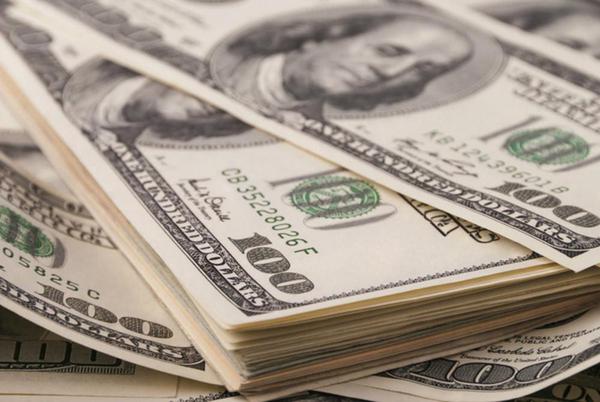 TINLEY PARK, IL — In 2018, Robinson Engineering donated $1,000 to Concerned Citizens for Tinley Park, the political party of mayor Jacob Vandenberg and three sitting trustees. The same year, the Village of Tinley Park paid the firm more than $1.2 million for road work and repair throughout the village. South Street Development LLC also donated $1,000 to the campaign. In September 2018, the trustees approved that developer's apartment complex that is planned to go up south side of South Street, 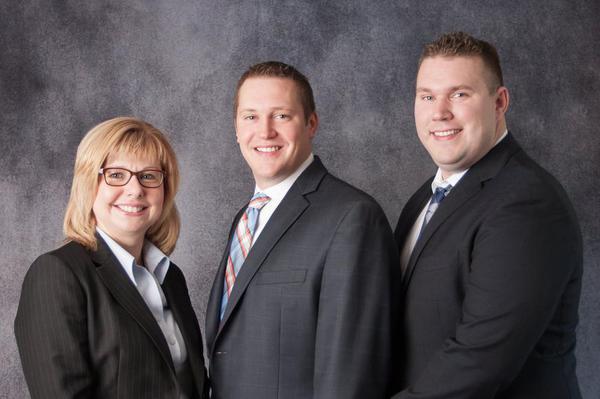 TINLEY PARK, IL —When it comes to campaign cash, the new One Tinley Park party is giving its opponents a run for their money. So to speak. OTP, as the party is called, had raised $44,700 as of March 25 — or $8,879 less than Concerned Citizens for Tinley Park, the party in power, had on hand. That's no small feat for a party founded by incumbents that is running a slate of candidates who never have been elected to office before. A look into contributors could indicate just how much clout OTP ha 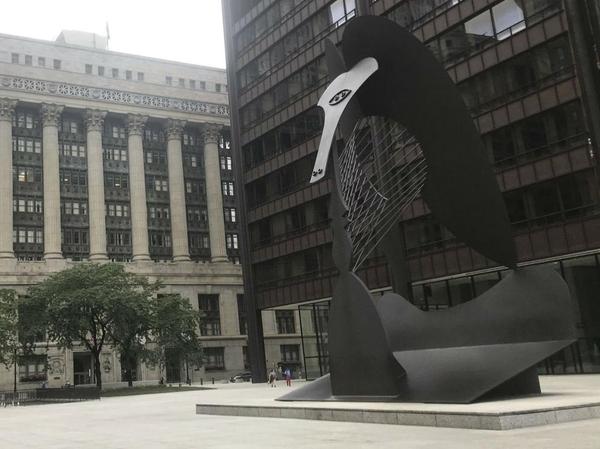 CHICAGO — In a case that hinges on differing interpretations of the Illinois Constitution, a Cook County judge is considering whether a panel of Evanston elected officials violated the law last month when they blocked a referendum from an upcoming ballot. The citizen-initiated referendum question, dubbed the Evanston Voter Initiative, aims to give voters the opportunity to propose and enact new local legislation. According to the proposal, valid signatures from about 2,800 local voters would b 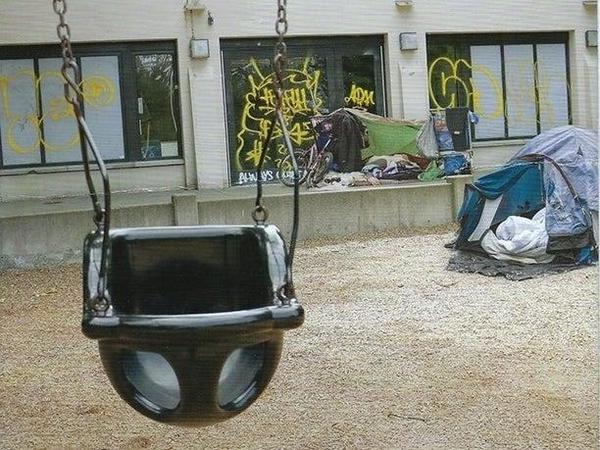 SEATTLE, WA — A new, well-funded political action committee involved in the 2019 Seattle City Council race is sending a mailer to voters that shows homeless people camping in the middle of a U-District playground — but the image appears to have been faked, created with stock photos that can be purchased for about $30 online. The Moms For Seattle mailer shows two tents set up near swings at Cowen Park in the U-District. Behind the tents, a park building is covered in yellow graffiti. The image i 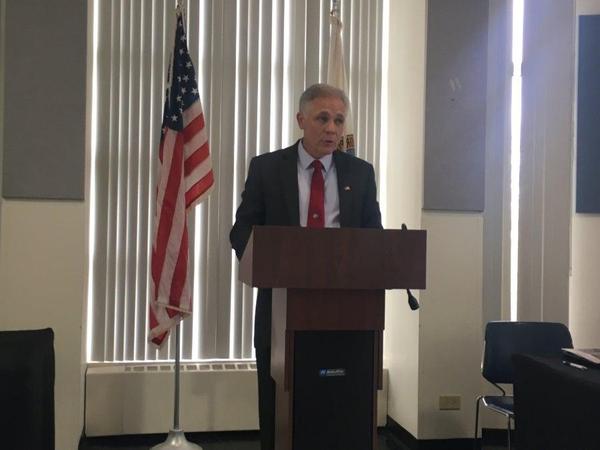 ORLAND PARK, IL — An ethics complaint filed against Orland Park's mayor and police chief has languished unresolved for months because the village has no system in place to handle it. However, a new ordinance that would outline the steps officials should take to investigate such complaints is one step closer to making it to the board of trustees for approval. The issue is one that has dogged Mayor Keith Pekau throughout his term. Members of Orland's board of trustees and other residents have cri
Load More Articles
Close ✕