'It’s a virtuous loop': Audiences want local news, and national advertisers are turning to Patch to deliver the home front

DIGIDAY: Local news is more pertinent than ever, and hyper-local publisher Patch is tracking a growing interest from national advertisers that want to get in front of the audiences that are consuming regional, state and local news.
Read More

Patch in the press 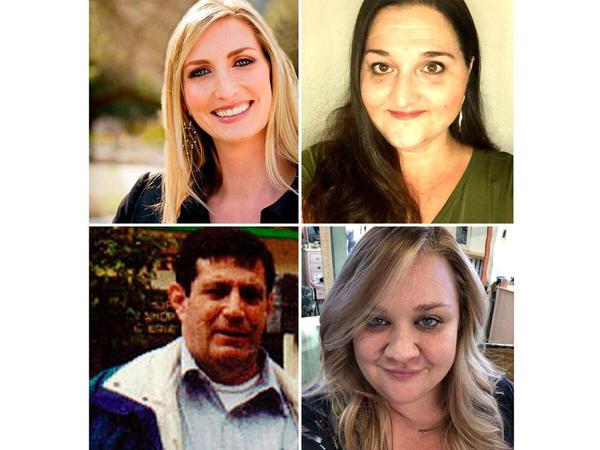 The Patch California team won five press club awards in 2020. They were awarded to four of our experienced journalists in a variety of categories. News organizations from television, newspapers, magazines and online media were considered for these honors. Two of the awards were awarded in the Bay Area by the San Francisco Press Club, while three were in San Diego. Patch Managing Editor Autumn Johnson won second place for the category of Digital Media: Feature S 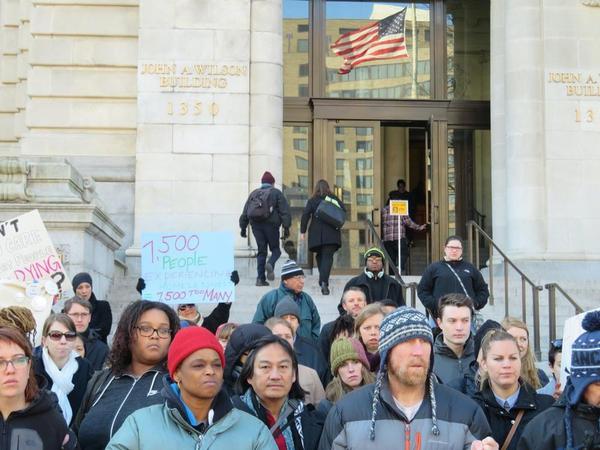 WASHINGTON, DC — For the fifth year in a row, a group of local newsrooms have banded together in a collaborative effort to investigate what is working and what is not working to reduce and prevent homelessness in our communities across the District. All of these stories will be published online Oct. 15 and collected at dchomelesscrisis.press . They will be shared and discussed on social media using the hashtag #DCHomelessCrisis . The participating media outlets are pooling their resources and 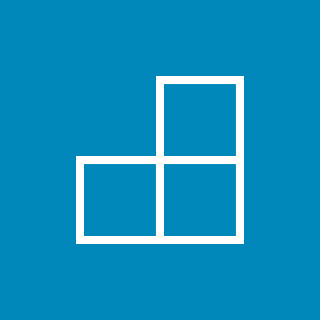 Over the past few months, INN has been able to offer members new opportunities for third-party distribution through partnerships with Patch, SmartNews, Spotlight, News Break and, most recently, Nextdoor. Through new distribution opportunities, nonprofit news outlets have an extra opportunity to gain new readers, insights into their audience and even earn additional revenue 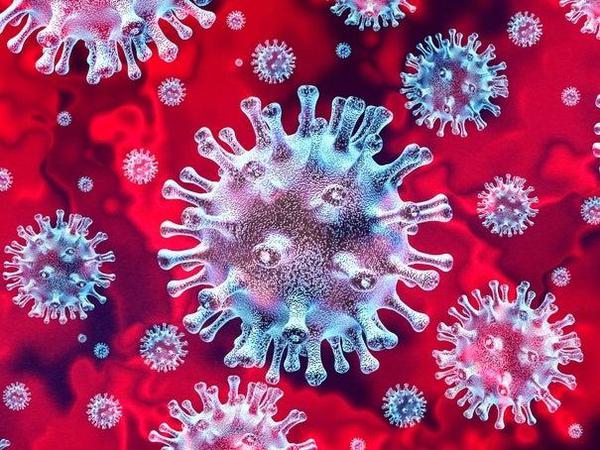 Patch, the hyperlocal (and profitable) digital news platform, had its strongest month ever in March for both revenue and traffic. The digital-only local news platform is an anomaly compared other local news publishers which are struggling amid steep advertising losses. By the numbers: Last month Patch had nearly double its average page views (148 million vs. 85 million) across its network of local news sites and 48 million unique visitors 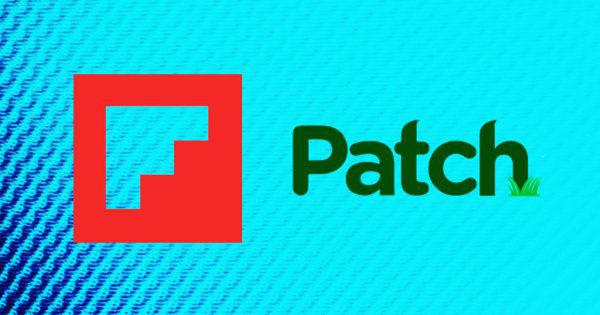 Curated content platform Flipboard is growing out its local news initiative with the addition of 12 new metropolitan areas, as well as partnerships with local news platform Patch and nonprofit newsroom ProPublica. The local news initiative debuted in 23 metropolitan areas in the U.S. and Canada in January, and Thursday’s additions raise that total to 35 metro areas served. The new markets are: Baltimore; Charlotte and Raleigh, N.C.; Cleveland; Detroit; Indianapolis; Nashville; Orlando and Tampa 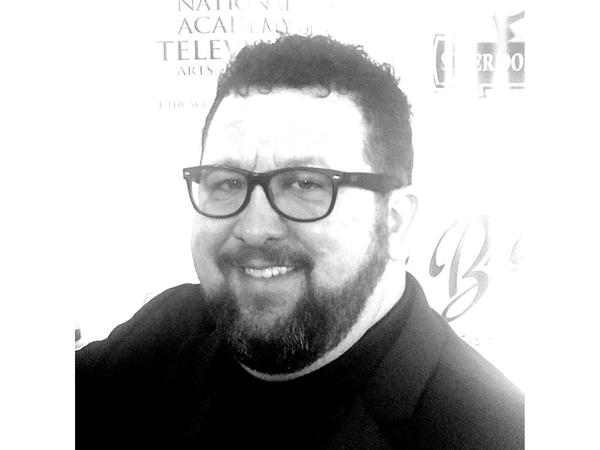 Mark Konkol has won a 2019 Lisagor award for his wide-ranging Patch columns on public corruption, police misconduct and local journalism. Named for Peter Lisagor, a Chicago Daily News columnist from 1959 until his death in 1976, the awards celebrate the "best journalism produced throughout the Chicagoland region, spanning all mediums, including print, radio, television and digital," according to the Chicago Headline Club, which manages the awards. This year's awards were announced onl 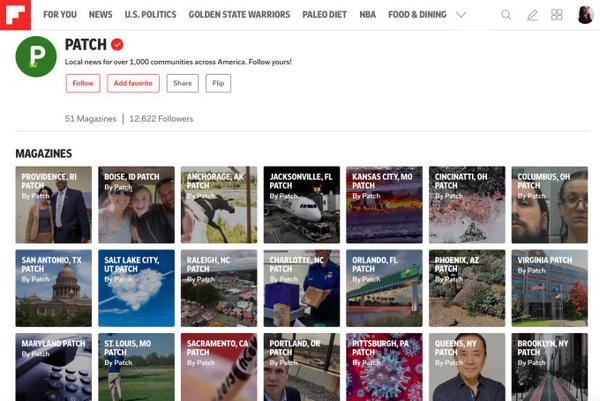 Flipboard is bringing local news to 12 more U.S. metros and is adding critical coronavirus local coverage to all of the 35 supported locales. Patch alone is putting out more than 200 local coronavirus stories per day. 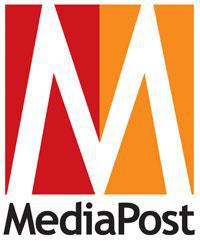 Patch Media, the publisher of more than 1,200 hyper-local news sites, is a comparable bright spot among publishers of local news; it's been profitable for the past four years. As other providers of local news seek ways to build a sustainable business as ad revenue and circulation dwindle, Patch has developed a template that helps to identify markets ripe for a local site.
Patch • 09/16/2019

A Message From Patch's Chairman

Over the last three years, Patch has experienced substantial growth in all aspects of its operations. The metrics of our business are at record levels — traffic, audience (tripled since 2014), revenue, engagement — you name it. We've more than doubled the size of our newsroom. 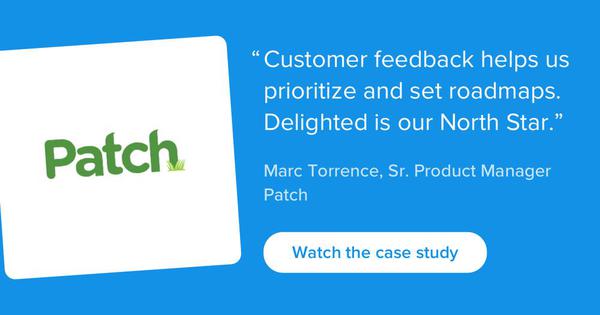 “Swimming in user feedback at all times has been really critical to us creating a new way for people to access local news.” With the rise of digital media, local news publishers have been shrinking or disappearing altogether, increasing the number of “news deserts” across the US. That means that in this day and age, finding high-quality local news coverage about what’s going on in your neighborhood has become more difficult than ever. Patch, a hyperlocal news platform in 1,200 US communities a 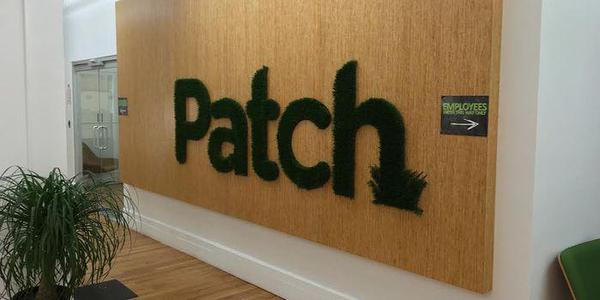 Patch Rebounds After Split From AOL

Now that Patch is profitable, Hale said it plans to invest in other initiatives and distribution channels. It recently rolled out a new design aimed to work well with mobile devices. On Monday, it opened two new metro-area “patches” covering Boston and Chicago. 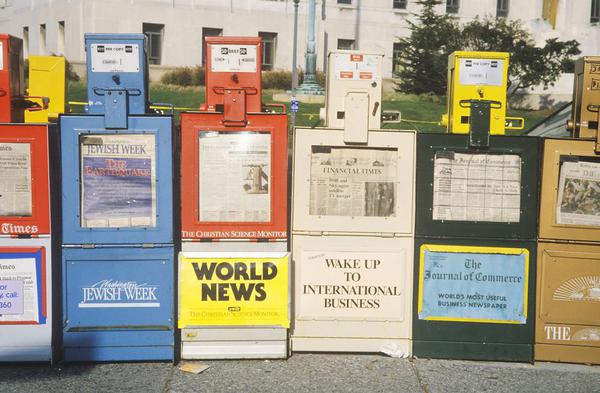 Scaling a high-margin revenue stream that's not contingent on page views (the way advertising rates often are calculated) is critical in local news, because truly local news is usually only relevant to small group of people. 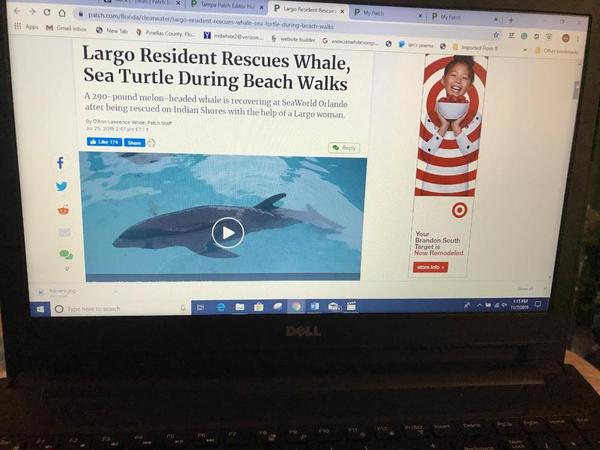 BOCA RATON, FL – Newspapers and online news sites from around the state — including Patch local editor D'Ann White — were honored for their best journalism during 2018-19 Saturday at the gala for the Florida Press Club's 2019 Excellence in Journalism Competition. 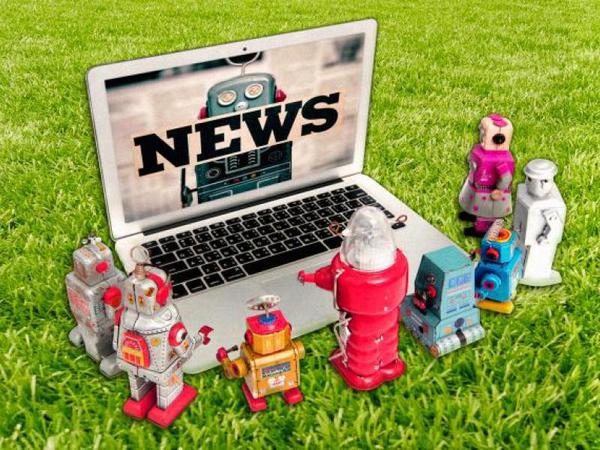 Hyperlocal publisher is automating some reports because "no one ever went to journalism school to write a weather forecast." 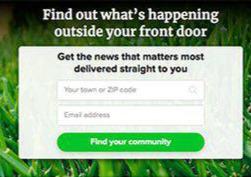 Hyper-local news service Patch is celebrating its fifth anniversary since being sold by AOL to Hale Global, three consecutive years of profitability and a continuing expansion of staff and reporting capabilities.
Ad Age • 04/05/2018

"The massive amount of money AOL invested in Patch to begin with led to strong brand recognition in communities around the country." Add to that a substantial email list, a single platform and a centralized content management system that allows for efficiency, and Patch has managed to gain some traction. 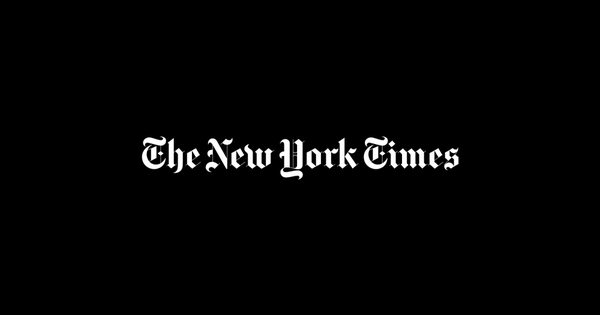 In numbers released to The New York Times, the company said it was on track for $21 million in revenue in its first year, and was actually profitable in February, March and April. The biggest change has come on the advertising side. 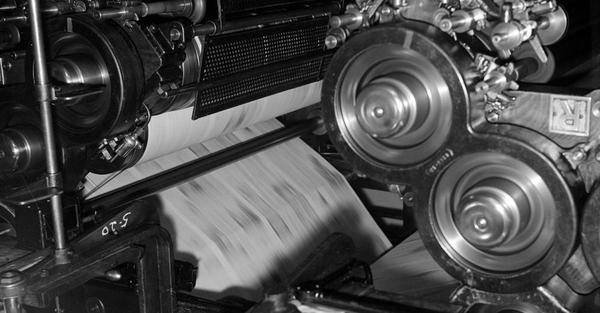 The Alternative To Your Dying Paper

Patch in 2019 is not that far off from the pitch former AOL CEO Tim Armstrong used to deliver when he was proselytizing for Patch years ago: A mix of timely updates produced by a fast-typing team of local reporters, supported by ads for local businesses, on a platform designed to let local readers and advertisers load their own stuff onto the site. One big difference between the two eras, say Patch employees, is that the new Patch is more thoughtful about where it deploys resources. 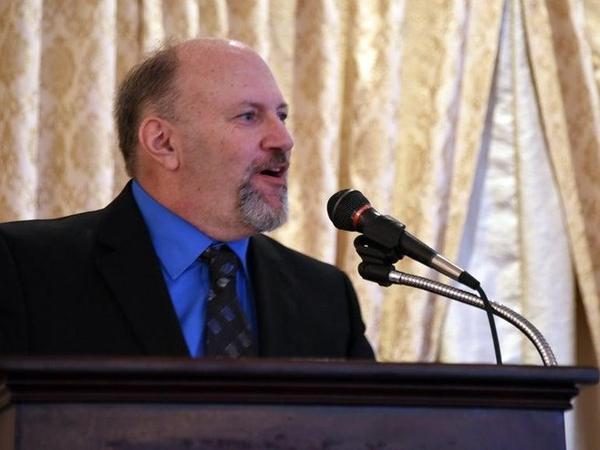 Tim Jensen, Connecticut sports editor for Patch Media Corp., was re-elected Thursday to a third term as president of the Connecticut Sports Writers' Alliance (CSWA), one of the nation's oldest sports journalism associations. 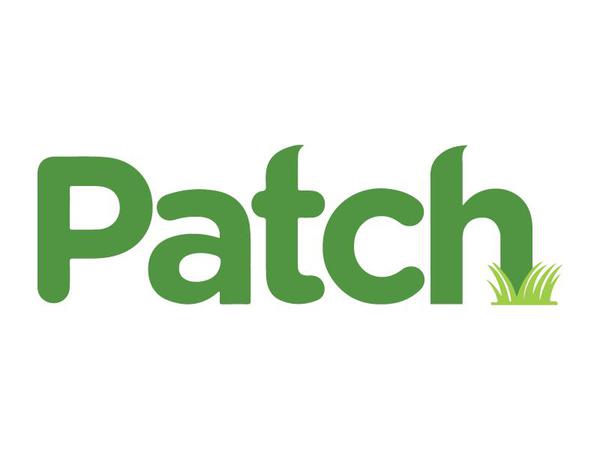 Patch Wants To Be The Bright Spot In Local News

Roughly 1,800 local papers closed between 2004 and 2018, replaced by only 400 online-only sites, according to a UNC study. For Patch, the dearth of local content presents an opportunity to quench the thirst for local news in underserved communities – but with an economically viable business model.
Load More Articles
Close ✕